Is it I'm wandering or wondering? I guess it depends on the day and wherever I might be.

Embarkation days are usually a mixed bag. Sometimes they run smoothly, or sometimes things just seem to go to hell. Unfortunately, my experience happened to be the later, due to mismanaged endless lines. What didn’t help was one of the people managing the lines blaming the weather, it was a rainy day, for being unable to organize and get people through in a timely fashion. The logic was people didn’t want to explore outside of the port and just get on the ship.
In terms of accessibility, the port itself can easily be reached via public transportation. The Lisboa Santa Apolónia metro stop is right across the street from the main entrance. You will also within steps of the Alfama district. 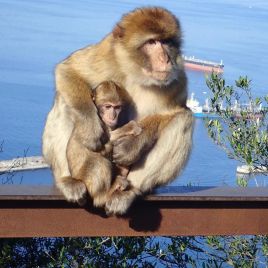 After a relaxing sea day, Gibraltar was the first port of call of the cruise.

Gibraltar’s cruise port was easy to navigate and maneuver. The cruise terminal offered a duty free shop and one or two other small stores. WiFi was easily accessible in the terminal. The port was relatively close to the town. You could easily walk the 15-20 minutes to downtown shops and restaurants. Shuttle buses and taxis were also available for a fee that could be paid in Pounds or Euros. Though expect to pay more in Euros due to the conversion rate.

With limited time in port and wanting to maximize time and use ship credit, an Upper Walking Tour excursion was booked through the ship. This ~4.5 hour tour touched on number of the key attraction when visiting Gibraltar.

Starting off on one of the first tours of the day allowed for the small group to start the journey up to the Rock via a brief and smooth cable car ride. Once you’ve arrived, you will find yourself at a observation area that allows you to walk around and admire the city from above. There is also a restaurant, small gift shop, and restrooms. You will also most likely encounter one of the 300+ Barbary Apes (which are actually monkeys, they were incorrectly classified when named).

The tour continued down and into the Gibraltar Nature Reserve via foot. Along the way, you will encounter many more monkeys. While making your way down, you will still need to watch out for your belongings; however, the biggest issue you will encounter is all of the taxis coming up the road. In some spots, it can get tight on space, and you may find yourself very close to the end of the road avoiding getting hit by an oncoming vehicle. 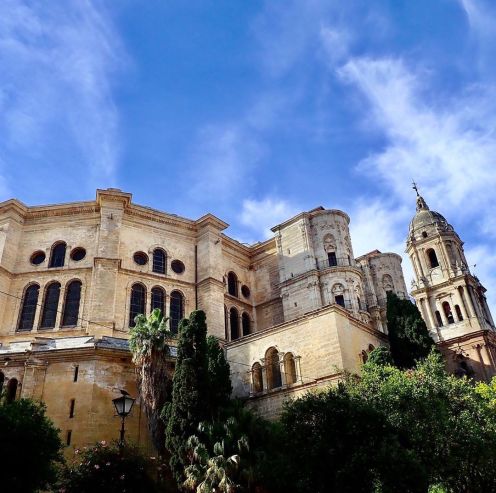 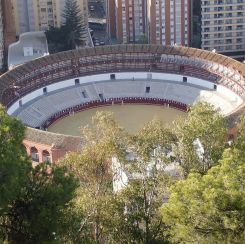 Málaga’s cruise port was very easy to maneuver and navigate. Inside had a handful of shops and an area to sit while connecting to the free WiFi. Once again, the port was within walking distance to the town. You could leisurely stroll 15- 20 minutes to get to the city center. There is a beach within close walking distance if you wished to spend the day lounging on the sand in the sun. A shuttle bus is also offered if you prefer to or are not up to the walk.

Once again, wanting to maximize the limit in port, a small group highlights and walking tour was booked through the ship. The ~4.5 hour tour was a mixture of a quick visit to Mount Gibralfaro to take in the views overlooking the city and the port and walking tour of part of the city. The walking tour started with a quick visit to Plaza de la Merced to sit and take touristy pictures of a Picasso statue, and then continue on to wind our way to the  Cathedral of Malaga (La Manquita).

A majority of the time was spent exploring the cathedral and given a pretty detailed lecture on the architecture and features. The cathedral itself offers a glimpse of how the design and architecture changed overtime as it was being built. Initially, the cathedral was to be in the Gothic style. As time went on heavy Renaissance influence took over before a Baroque style introduced about 254 years later. To this day, the cathedral remains unfinished. The South tower was never completed.

The end of the walking tour concluded at Calle Marqués de Larios (Calle Larios) because every tour seems to have some sort of shopping element thrown into the mix somewhere. This pedestrian street seemed to be many a shopper’s paradise to pick up last minute gifts to take home. 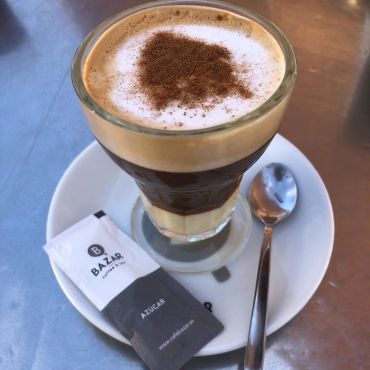 Cartagena’s cruise port is very minimal. There was no direct connection to a terminal. A short walk down the ramp from deck two and out the gate, you were on about a 5 minute walk to the old town and many of the shops. WiFi was available around the port; however, you either had to connect via Facebook or provide a valid email address where a code was sent and needed to activate your connection while in the port area.

No excursion was booked for this port. With the port being so close to town and a majority of the sights within walking distance, it was decided to just wander around leisurely. One of the more touristy options, was to take a “train” that circled around the city that lasted about 30 minutes and followed along most of the Hop-On Hop-Off bus. The main difference was that it was 7€ and didn’t make any stops. The downside to this was that we had to wait a bit for the vehicle to fill up for it to take off. Apparently, we were a bit early, it was past 10 AM , and the city didn’t seem to start to wake up until 10:30 AM.

Ascensor Panoramico was another stop during our day. For 2€, you can take a quick ride up the elevator and find yourself in Parque Torres. There are benches available to rest or to take in the view throughout. Castillo de la Concepcion can be found up a few more stairs or up a hill if you cannot take them. If you plan to visit the castle, it is an additional 2.25€ when purchaising your lift ticket. 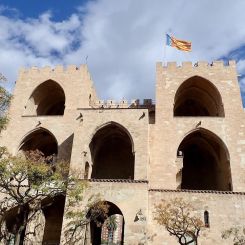 Valencia’s cruise port is relatively easy to navigate.  Larger ships dock in one of the berths that are separated, so when are both occupied, you don’t feel crowded.  There is a bus stop directly outside of the terminal that offers the cheapest form of transportation. For 1.50€ , you can take lines 4 or 19 into the city. Taxis were readily available and shuttles to the front of the port where available.

Once again, a shore excursion was booked through the cruise ship. A 4 hour highlight/ walking tour, ‘A City of Flowers’, offered an introduction to the city.  Highlights from the tour included: 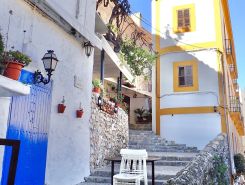 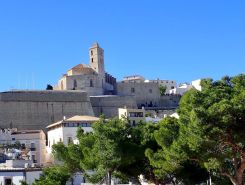 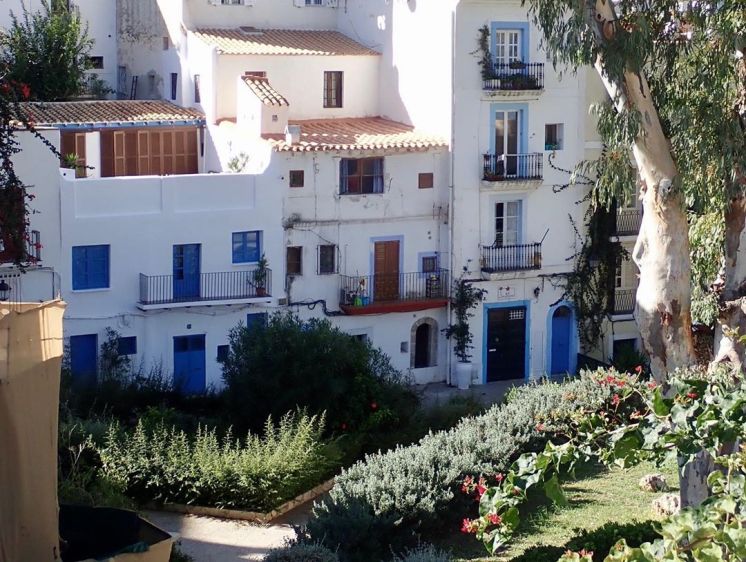 While this Balearic Island is known more for its wild nightlife, Ibiza is breath taking and worth a visit during the day as well.

There is very little in terms of facilities when docking in Ibiza on a larger cruise ship. Once you disembark, you will either take a shuttle (for a fee) ,  a taxi, or  the City Boat into the city. You can also walk, however, it is much faster to take transportation in.

Due to arriving during the off season on a Catholic holiday that also happened to be a Sunday, a ~3 hour walking excursion with the cruise ship to Dalt Vila was how time spent while in Ibiza.

Starting from Castell de Eivissa, a leisurely stroll,  winding through the streets , with brief photo stops was the itinerary of the tour. The final stop was at a restaurant that offered a baked good item with a choice of soda or a milk type drink. At the end of the tour, there was the option to stay in town or go directly back to the ship.

Barcelona is one of the largest cruise ports in Europe, and as such, can be very hectic during disembarkation/embarkation.

Getting through disembarkation was relatively easy, thanks in part to opting to walk off the ship with luggage in hand. There are a variety of transportation options available from the port, including taxis that had set fees.  There is a small area to meet once outside of the terminal doors if you have pre-arranged transportation/ tours; however, it can get a bit chaotic with all of the different people waiting and their drivers with tiny signs.

This site uses Akismet to reduce spam. Learn how your comment data is processed.

Distortion through the lens.